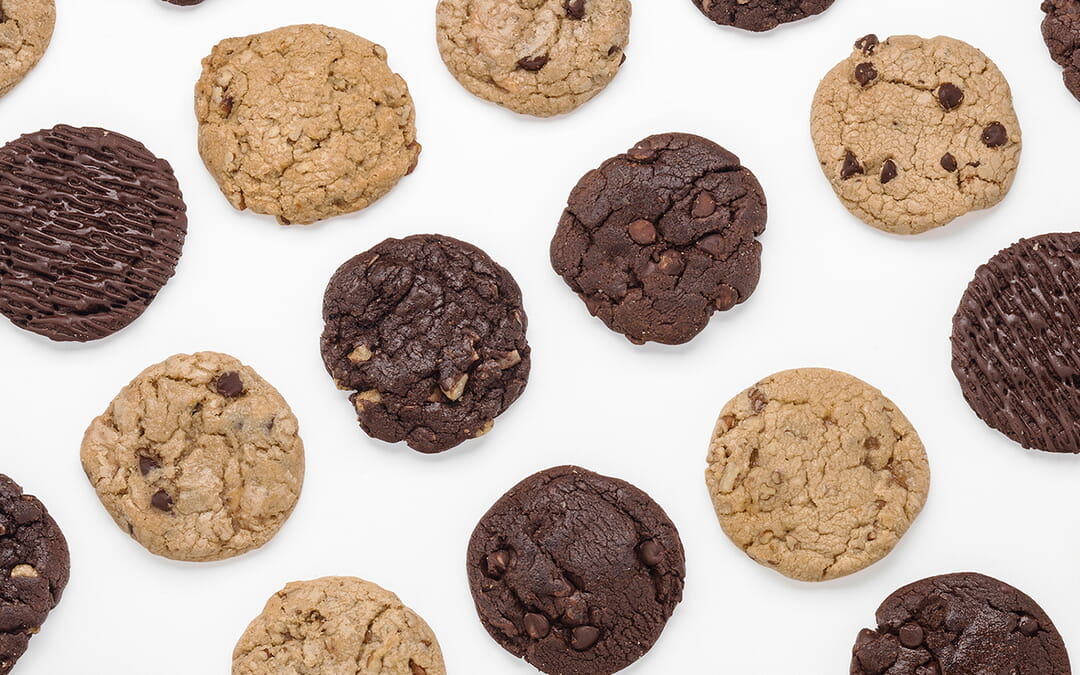 Cookies are one of the dessert staples that you just can’t imagine a world without.

But how much do you know about the history of the cookie? Who invented such a delicious and classic treat? Where did the cookie get its current name?

We love cookies almost as much as we love brownies, so we’ve compiled a short list of fun facts about cookies so we can all learn more about this favorite all-American baked good.

(Or, read our related article: 10 Amazing Facts About Brownies)!

It’s believed the first cookies date back to 7th century AD Persia when sugar became commonly available in the region. The cookie craze spread throughout Europe and by the 14th century, they were a commonly enjoyed treat.

Early on, one of the most popular cookies was called a “jumble.” The word “cookie” comes from the Dutch word koekje, meaning “small cake.” In the 19th century, the British started calling them biscuits.

It’s commonly believed that the first chocolate chip cookie was created by accident. According to the story, in the 1930s, Ruth Wakefield, inventor of the Toll House Cookie, added pieces of a chocolate bar into her cookie batter, thinking the chocolate would melt. When it didn’t, chocolate chip cookies were born!

Not everyone believes this story, though! Wakefield was an expert baker with a household arts college degree, after all. According to one interview, the chocolate chip cookie was invented after much testing and experimenting during one of Wakefield’s college food-chemistry classes. 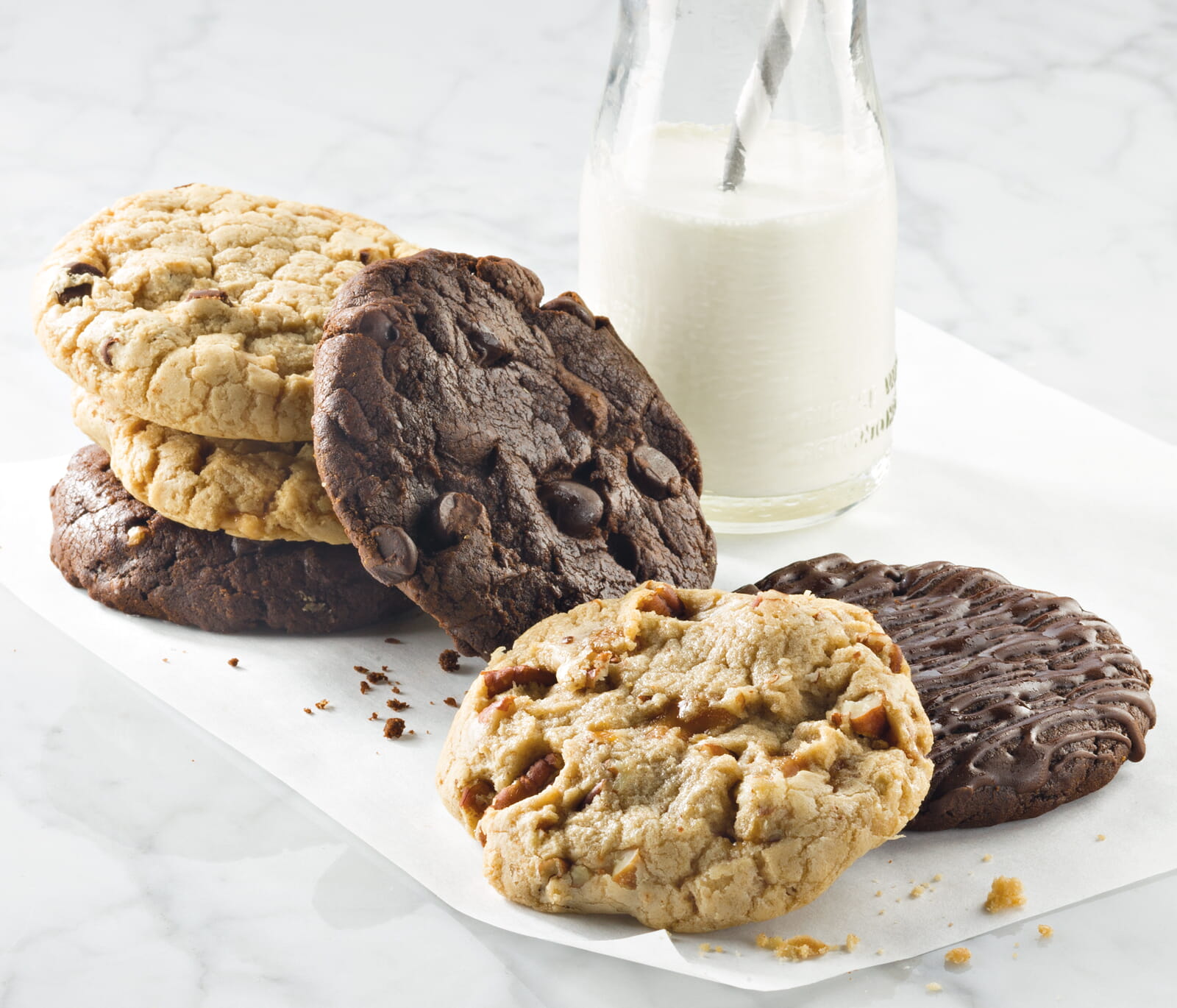 National Cookie Day is December 4th. Just in time for the holidays, which makes a lot of sense if you ask us.

Here at Fairytale Brownies, we have six different types of cookies, all based on combinations of our most popular brownie flavors! It’s how we came up with tasty temptations like Caramel Pecan and Toffee Chocolate Chip. 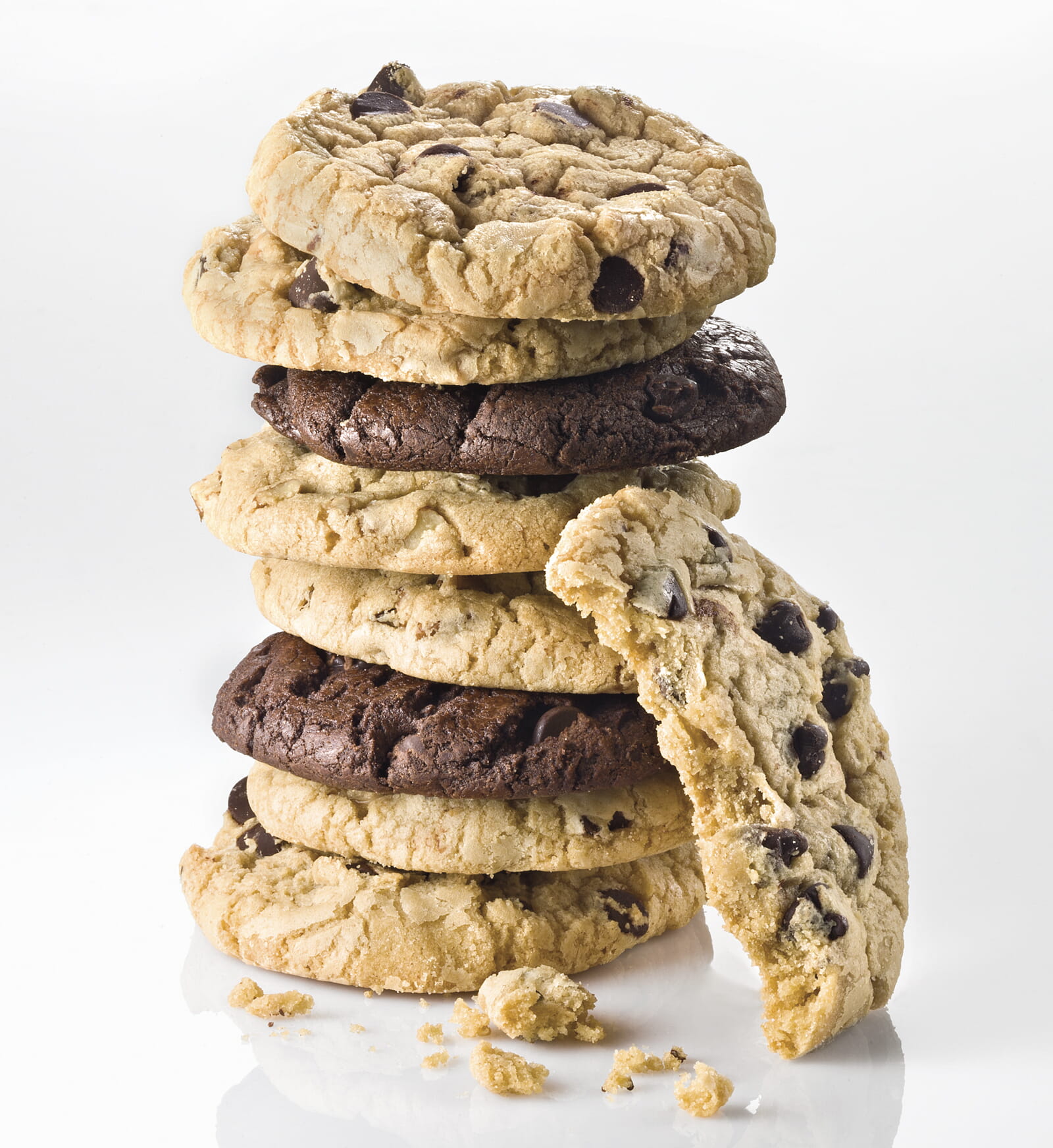 With a history that dates back so far, we’re sure there are plenty more facts about cookies not listed here. We didn’t even get into facts about sugar cookies or gingerbread cookies or any of the other unique flavors and varieties that have come to exist over the years.

If you want to learn more fun facts and trivia about cookies, here are some of the sources we used.

We don’t know about you, but all this talk about soft, chewy cookies makes us hungry! If you’re feeling the cookie craving too, you can get your favorite Fairytale Cookies in Bulk and save. Or surprise someone sweet with a tasty bakery-fresh cookie dessert gift, delivered free to anywhere in the US!