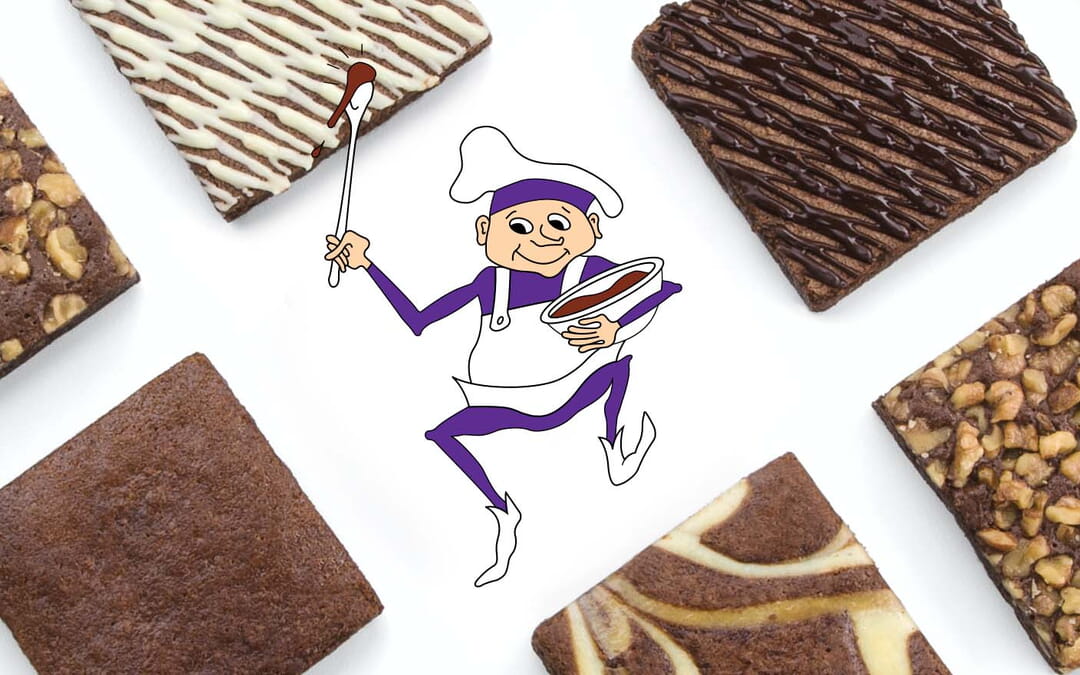 What’s a Brownie? Fun Facts about this Mythical Creature!

Of course you’ve heard of them. They’re a popular American tradition and a classic delicious dessert!

What you might not know is that “brownie” has more than one meaning! Did you know there’s a mythical creature known as a brownie, too?

As part of celebrating St. Patrick’s Day, we’re taking a minute to introduce a cousin of the leprechaun and another member of the Wee Folk of the British Isles – the brownie! 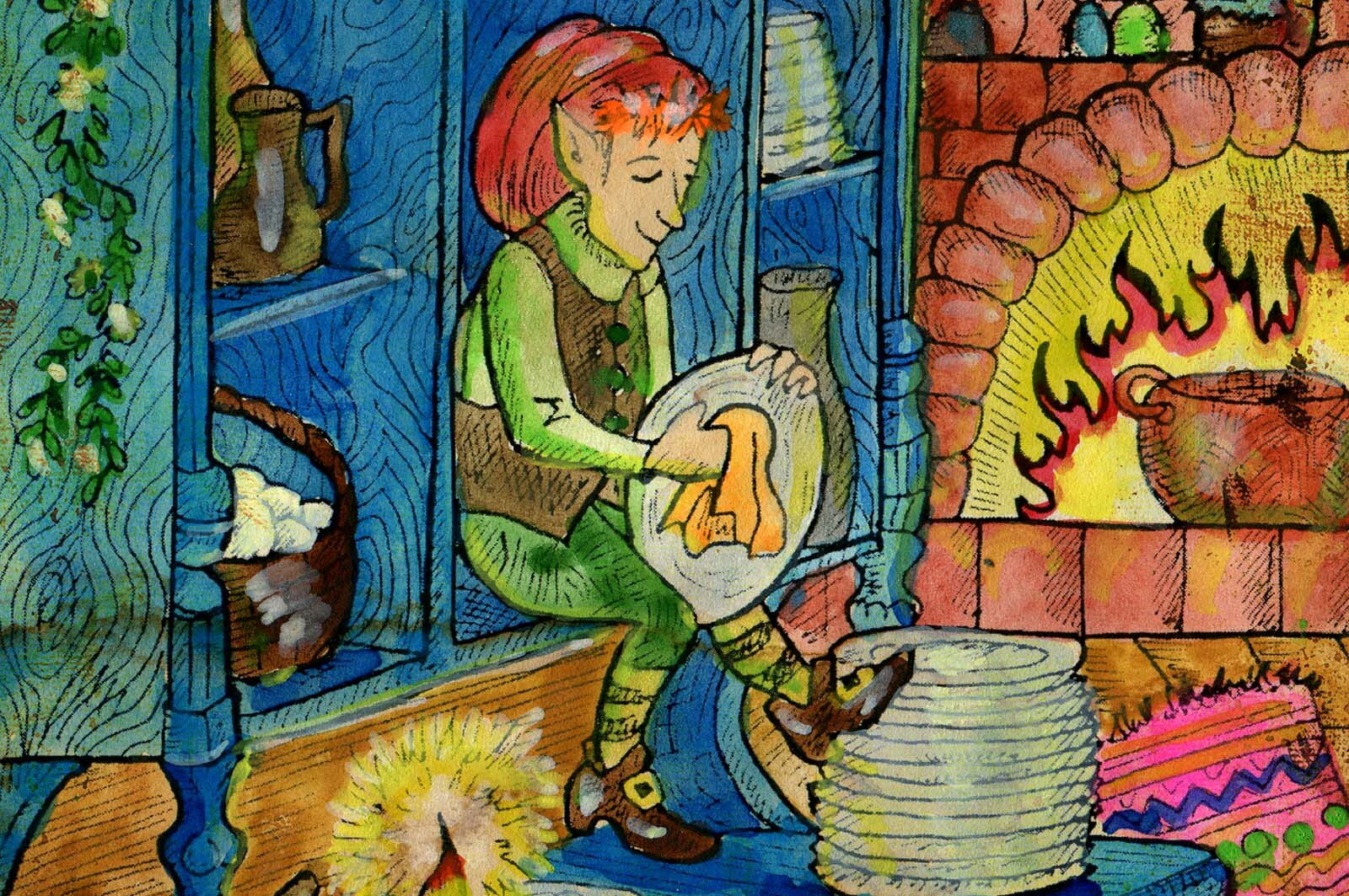 What is a brownie?

A mythical creature and friendly household spirit from English and Scottish folklore, the brownie is said to be a short, small creature either dressed in rags or no clothes at all. 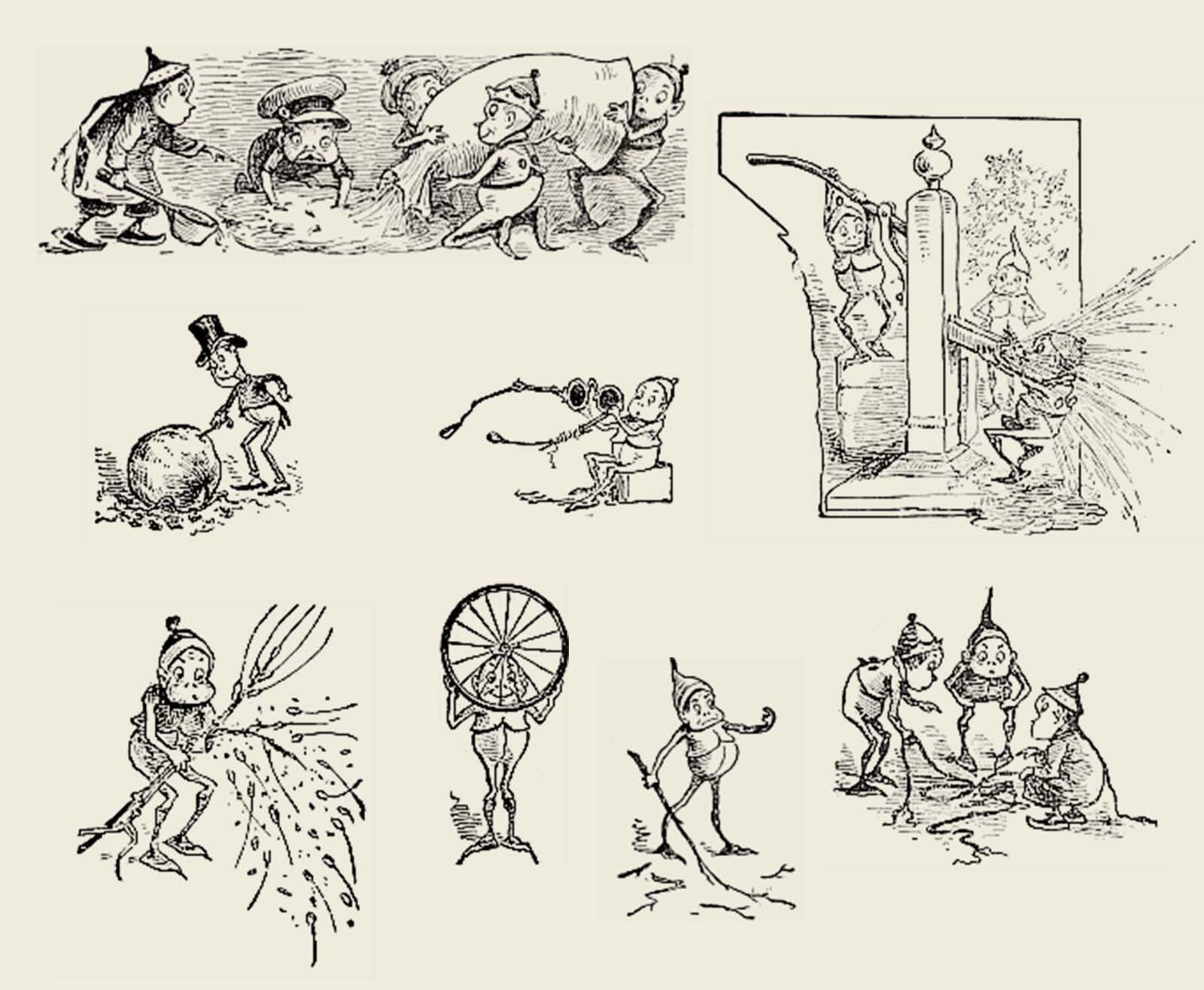 These adorable illustrations are from The Brownies: Their Book by Palmer Cox. His works are in the public domain and you can read them online here!

“BROWNIES, like fairies and goblins, are imaginary little sprites, who are supposed to delight in harmless pranks and helpful deeds. They work and sport while weary households sleep, and never allow themselves to be seen by mortal eyes.”
— Palmer Cox

Unlike some of the other Fae, these mythical brownies were not known to be malicious or mischievous. In fact, they lived in households and helped out with the chores!

According to brownie mythology, they would come out at night to finish any incomplete tasks, such as churning milk, sweeping, folding clothes, or putting things back where they belonged. They were said to stay out of sight and live in unused parts of the house.

To express their thanks, households were expected to give the brownie small gifts of food, such as porridge, honey, cream, or cake. If the family wanted the brownie to leave, they could simply give it a new pair of clothes.

If a household abused, insulted, or mistreated their brownie, it might leave the house or become a more malicious Fae known as a boggard. Boggards, in contrast, had a sour disposition and would play tricks or cause trouble around the house instead of helping out. 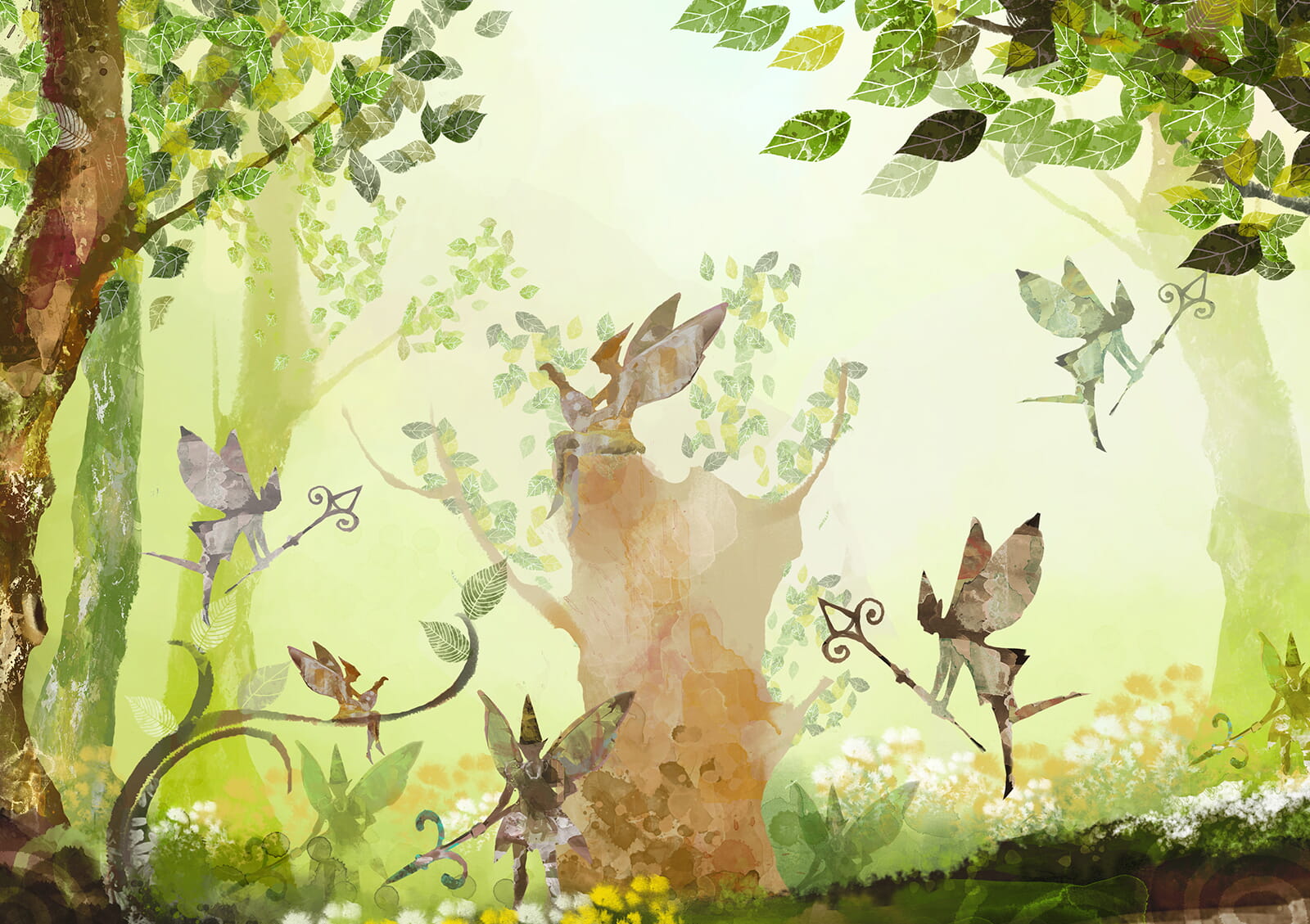 Where did brownie mythology originate from?

Brownies are a type of Fae originating from the British Isles. Myths about these Fae, also known as the Little People or Wee Folk, date back thousands of years! Other types of Fae include pixies, gnomes, leprechauns, elves, and more. 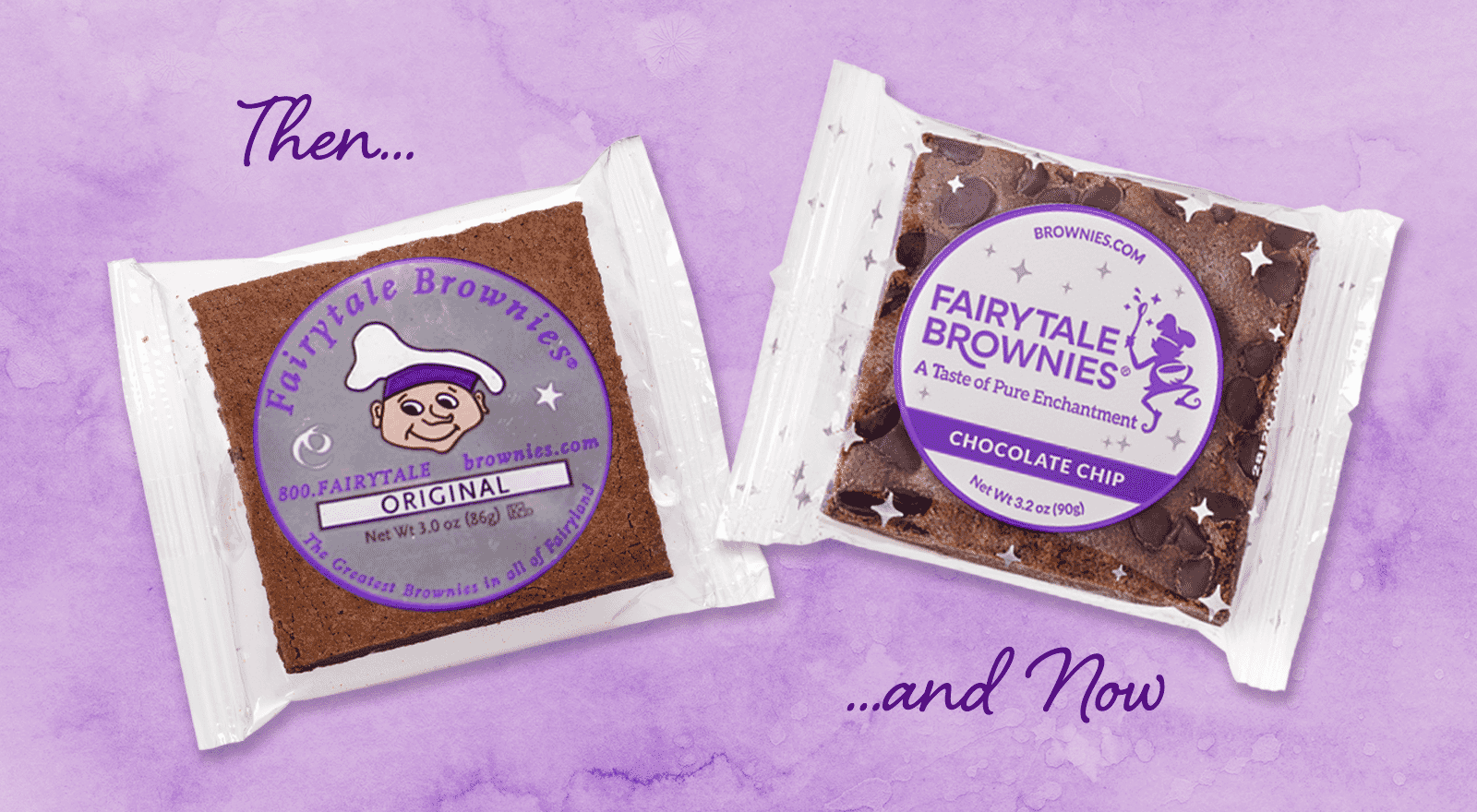 What does a mythical brownie have to do with Fairytale Brownies?

You might have guessed this by now, but this mythical brownie is part of our namesake!

When David and Eileen were first brainstorming names for their new brownie company, they almost went with “My Mom’s Brownies.” But after tossing around a few more ideas, they were drawn to how “brownie” could refer to both the chocolate dessert and the helpful, mythical creature.

They wanted their brownie company to be a place that spread joy and smiles around the world. Just like a household brownie helps their family and performs good deeds in the night, David and Eileen wanted their chocolate brownies to bring happiness to families everywhere, too.

To add to the brownie mythology, David and Eileen came up with a jingle to accompany their new mascot.

In the wee hours of night,

The Fairytale Brownie gleams with delight.

With his magic spoon in hand,

He creates the greatest brownies in all of Fairyland!

To this day, the mascot still doesn’t have a name. The Fairytale team lovingly refers to him as simply “the brownie guy!”

Wouldn’t it be nice to welcome a helpful brownie into your own household? There’s so much magic and enchantment in the world of the Fae, and the brownie is just one part of thousands of years of folklore. We hope you enjoyed learning about this helpful little creature!

Did all that talk of brownies get your appetite going? Say thanks to a helpful brownie in your life or send a smile to someone you miss!
Shop Best-Sellers